Fusion of the Arts:

FROM CANVAS TO THE CATWALK! 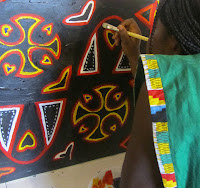 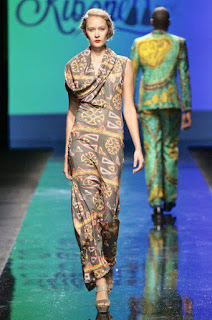 Earlier this year, a dear friend of mine in New York, Fashion designer Kibonen Nfi, contacted me regarding an idea for her new collection. We brainstormed this idea she had been toiling with; regarding commissioning me to do some paintings which she would then have printed onto various different fabrics which she would design accordingly.

A month or so ago, Kibonen was invited to be part of the Mercedes-Benz Fashion Week Africa (the continent's biggest fashion showcase) It was to be the perfect time to put the ideas who had earlier spoken about into action!

With faith and determination, we only had 3 weeks to get everything done. The deadline was very tight!
The show was to take place from the 24th-28th October in Johannesburg. I had 3 days to work on two canvases so she could then start her own work.

Now, we are two ladies from Bamenda, in Cameroon, and we both love and love to promote our culture, so this collaboration is perfect! Previously in the past, I made paintings of the New Year celebrations depicting the 'toghu' worn in the Baforchu temple celebrations. Kibonen's work also, very much celebrates the ‘toghu’.
The ‘toghu' was recently made national wear and was the traditional regalia worn by the Cameroon team during the opening of the London Olympics.

We spoke about the concept of the two pieces. Of course one had to be the 'toghu'... and the other was the 'ndop'.  The former originating from Bamenda, the NW province of Cameroon. The latter from the western province. She had one important request; the 'gong' must feature and ofcourse with the 'gong' featuring in her logo, I must oblige!

After several conversations with my mum, whose father was one of the only people able to embroider the 'toghu' garments in his day in Santa, Bamenda; I designed the pattern I wanted to paint. Guided by the brief and inspired by my mother’s wedding ‘toghu’ attire, I got to work! Then I did the same for the 'ndop' and painted away, using ample paint and making them as painterly as I could so that the brush strokes would be visible once printed onto the fabrics. Also I had to think carefully about how garments would be tailored from them, so the square pattern I created had to be able to mirror well, be repeated sequentially, placed upside down, or to the side etc for a good variety in garment/fashion design. 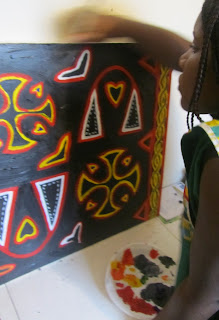 Working on the 'toghu' design 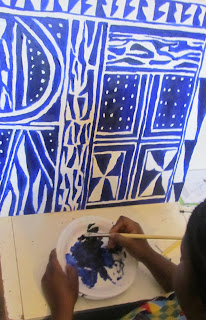 Working on the 'Ndop' design 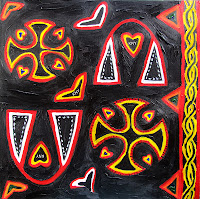 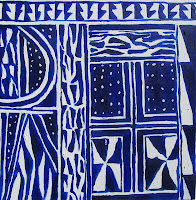 From her base in New York, she created swatches to help her decide which colours and fabrics worked best. She experimented with various colour alternatives and fabrics before getting to work on designing and sewing. 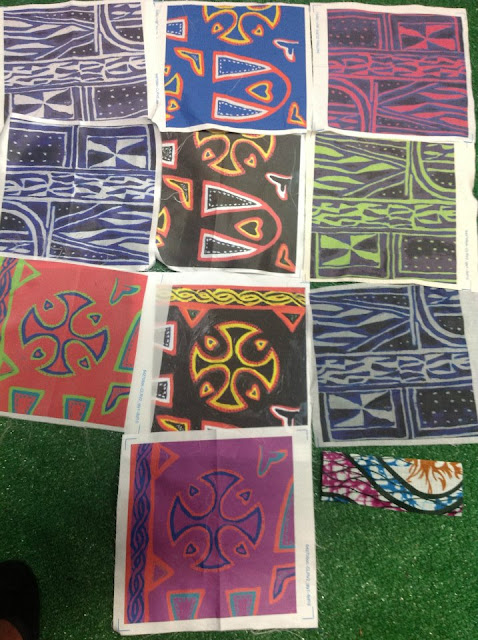 She got to work, designed and created and the 'Milagro' collection was borne, ready for the 2012 Mercedes-benz Fashion week Africa, Johannesburg, South Africa.

THE MILAGRO COLLECTION - KNY.
Featuring these pieces with the brush strokes of SHIRI ACHU. 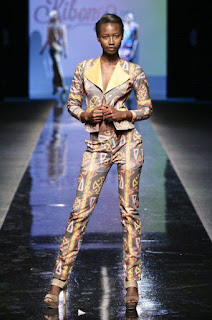 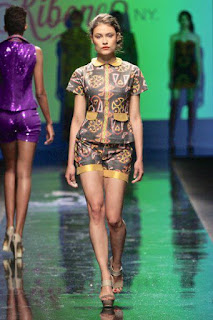 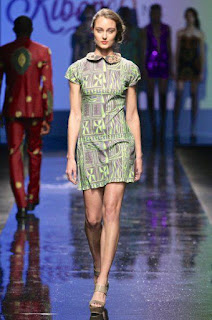 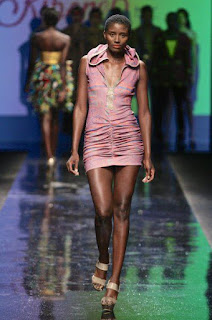 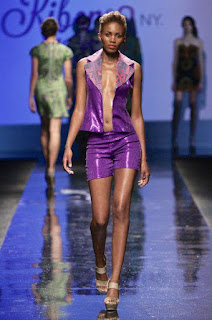 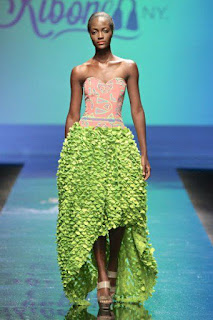 Kibonen did a fantastic job!! Ofcourse I will be owning a number of these pieces. You should too! Please feel free to visit this sites for more info on the collection/event:
http://www.ciaafrique.com/2012/10/kibonen-ny-presents-milagro-collection.html

What do you think of this 'art' and 'fashion' collaboration?  I hope this is not the end, but merely the beginning of the fusion of these art forms. I look forward to seeing my brushstrokes worn by many, perhaps you - soon! :-)

Shiri
Posted by Shiri Achu at 10:42 AM No comments: